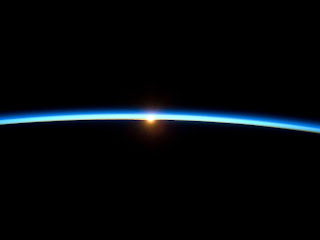 Thin Blue Line
The thin line of Earth's atmosphere and the setting sun are featured in this image photographed by the crew of the International Space Station while space shuttle Atlantis on the STS-129 mission was docked with the station. 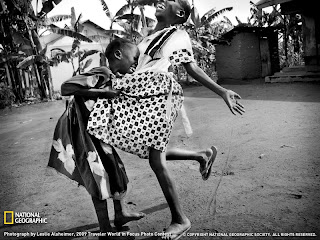 This Month in Photo of the Day: Your Photos

It is the light, it is the curl in the corners of the mouth, the sparkle in the eyes, and the unedited and untainted laughter. It is a child that does not yet understand the meaning of poverty. It is the child that has not yet seen the violence and destruction so prevalent in the world. It is the child that lost their mother to AIDS or child birthing complications, yet remains joyous and youthful despite the suffering. Dignity: The quality or state of being worthy of esteem or respect.


This photo and caption were submitted to the 2009 International Photo Contest. See photo galleries, play jigsaw puzzles, and download wallpaper.